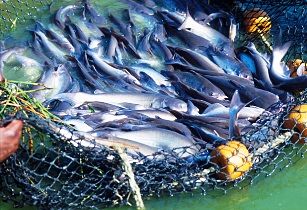 Malaysia has announced that it will achieve the aquaculture production target of 1.76mn metric tonnes by 2020

Valued at US$3.3bn, Munir Mohd Nawi, head of the fisheries department’s aquaculture division, said that the production would enable Malaysia to exceed its protein self-sufficiency from fish and increase readiness for export to the global market.

“Our country has large areas with the potential to be developed for commercial aquaculture projects through technology and efficient management system.

“So we want the 23,000 farmers and aquaculture entrepreneurs in the country now to be geared towards ensuring the growth of aquaculture development and achieving a high target,” he said.

Nawi added that in 2013 the country’s aquaculture industry’s production reached 300,000 metric tonnes with a value of US$948mn, Bernama reported.

“We believe the target for 2020 can be achieved as we have made several arrangements, among them registering aquaculture entrepreneurs with the department of fisheries so that they can be given advice and help in fish spawning,” he said.

Meanwhile, Munir said that half of the country’s aquaculture production is exported to several countries including Hong Kong, China and Singapore.

“Fish produced by the aquaculture industry namely seabass, pomfret, garoupa and snapper fish are in high demand overseas,” he added.