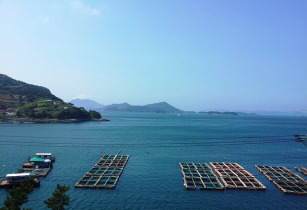 To be launched in the UK and Norway in 2018, FeedKind Protein is a high quality microbial protein that provides a cost-competitive alternative to conventional fishmeal.

The protein, produced with minimal land and water use, is non-GMO and approved in the EU for all fish and livestock species.

CEO Alan Shaw said, “Calysta is committed to creating alternative ingredients and feeds that minimise impact on the environment and contribute to food security, based on a strong intellectual property platform.

“FeedKind Protein can replace fishmeal and soy protein with a nutritious, naturally occurring protein, and offer consumers a new option that is sustainable and healthy. It can also contribute to the aquaculture industry’s need for sustainable products to meet increasing global demand for new sources of protein.”

FeedKind Protein will be manufactured using a natural proprietary fermentation process, a production method similar to that used to produce yeast-extract sandwich spreads. Studies have confirmed FeedKind Protein’s nutritional value, based on criteria such as animal growth and health.

Calysta said that it expects to introduce FeedKind Aqua first for the aquaculture industry, to be followed by additional FeedKind products for the livestock market.