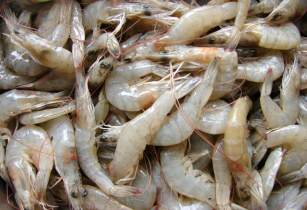 The Philippines is eyeing the production of 130,000 MT of white shrimp, in a bid to become a leading producer in Southeast Asia

The demand mainly is from Japan and the USA, said Filipino senator Cynthia Villar.

The set target of 130,000 MT is more than double from last year, she added. According to the politician, white shrimp farming is a highly profitable brackish aquaculture venture, which hasn't entirely been tapped into.

The global white shrimp market is a US$2.3 trillion industry and the ASEAN region, with a 616mn-strong population, is a huge market, stated Villar. “With per capita income of US$3,700, that is a lot of purchasing power.”

There are several major producers of white shrimp in General Santos City and Sarangani province, which are competing with regional producers such as Vietnam and Thailand. Some of them include Alson Aqua, Sarangani Agricultural Company, San Andres Aquacultrue Corporation, and RD Corporation – the total production from these companies was an estimated 20,000 MT.

However, according to Philippine Shrimp Congress president Roberto Gatuslao, while production might have increased the domestic price of shrimp has not stabilised, leading to value of production remaining flat at US$50mn.

Gatuslao feels that production should stay within the Philippines, as the country is relatively free from early mortality syndrome (EMS) that commonly affects shrimp produced in other ASEAN nations.