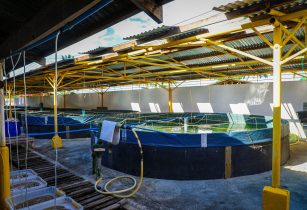 The BAFR, which is part of the wider Department of Agriculture (DA), is keen for the country’s aquaculture sector to grow. As part of this effort, the country is greenlighting fish hatcheries across multiple cities and hopes that the effort will keep fish supplies stable.

“We are eyeing to increase our local source for fingerlings through legislated hatcheries which are intended for fry production,” said Cheryl Caballero, DA undersecretary for agri-industrialisation and for fisheries in an interview with the Philippine News Agency.

Caballero said the fingerlings will be distributed to satellite nurseries and local operators.

“Then assuring the source for Bangus fingerlings grown-out areas. Included also are fry production for tilapia, pompano and siganid, which has 104% production at present,” she added.

Earlier this year, Cynthia Villar, chairperson of the senate committee on agriculture, food and agrarian reform pushed for the government to establish more official fish hatcheries to sustainably shore up the country’s supply of marine products.

Villar led the hearing in January 2022 for the 11 house bills and one Senate bill which seeks to build additional fish hatcheries.

Back at BFAR, Caballero said that promoting aquaculture will help mitigate losses from the fishing industry, which is vulnerable during typhoons and other natural disasters. She said that the country stands to gain from an expanded aquaculture sector when compared to relying on wild catching or fishing in the open sea.

DA-BFAR particularly cited Typhoon Odette which left the fisheries sector with US$77.3mn in damages. The fishery sector’s damage from the typhoon represented 29.8% of the Philippines’ total agricultural losses, which was valued at US$259mn according to the DA.