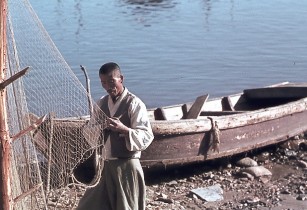 According to the Ministry of Oceans and Fisheries of South Korea, “The government has decided to expand the area of fishing around the country's five westernmost islands by 81 sq km to help increase the income of fishermen on those islands who are struggling against illegal fishing by Chinese ships."

More than 2,000 Chinese fishing boats operate in the shared fishing zone between South Korea and China in the Yellow Sea, with around 300 Chinese ships entering South Korea's territorial waters illegally on a daily basis, noted the Ministry of Oceans and Fisheries.

A government official said, “In 2012 alone, nearly 470 Chinese fishing boats were seized after they entered South Korean waters. The proposed expansion of the fishing area will likely become effective before the end of March 2015, just before the start of crab season.”

The expansion will bring the total area for fishing from the current 1,519 sq km to 1,600 sq km, noted the official.