Tilapia farming could get a new lease of life in Malaysia 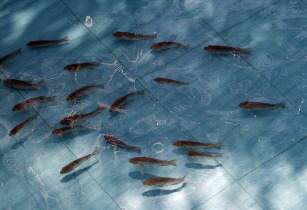 Scientists in Malaysia have recommended ways to sustainably farm tilapia, which is an important resource for the country’s freshwater fish requirements

In 2002, the country’s fisheries department began a breeding programme to develop genetically-improved farm tilapia (GIFT), to achieve high sustainable yields. Scientists from Universiti Sains Malaysia, the National Prawn Fry Production and Research Centre, and the World Fish Centre examined the strain’s growth performance, and how genetic selection affected harvest over a period of 10 years. They found significant genetic improvement in harvest weight in the GIFT population and concluded that the strain was a valuable genetic resource for the aquaculture industry.

Fish farming began as early as the 1920s in Malaysia and has rapidly grown in the last five years. According to the FAO, nile tilapia accounts for 44.7 per cent of the total freshwater aquaculture production in Malaysia, followed by catfish and carps. However, despite high potential in and rapid growth of the sector, there are a host of problems such as poor development of fish, high mortality, disease and low economic return.

With sustainable methods delivering promising results, scientists are of the opinion that tilapia farming could get a much-needed boost in Malaysia. They recommended the implementation of a systematic approach to brood stock management and dissemination to ensure the effective use and sustainability of the strain.

In addition to genetic improvement to enhance fish farming in the country, the risk of streptococcus bacteria causing loss of tilapia runs high. However, scientists at Universiti Putra Malaysia and the Fisheries Research Institute have reviewed recent research to analyse potential control and prevention measures for streptococcal infection in cultured tilapia. They recommended establishment of tilapia fish farms in sites with moderate rates of water flow, such as upstream in rivers and in irrigation canals. The scientists said that juvenile tilapia fish used for fish farming must come from disease-free hatcheries. Stock densities in fish farms need to be monitored and modified as fish size increases. Water quality must be continuously monitored, while antibiotics and vaccination regimes should be introduced on tilapia farms.