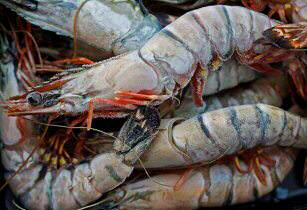 Vannamei shrimp will be leading India’s aquaculture shrimp production and seafood exports, which is expected to touch US$6bn this financial year

The US$5bn Indian seafood export industry has set a target to attain US$10bn by 2020, The New Indian Express reported.

In 2014, the main exports in the seafood basket were Vannamei shrimp, which grew to 175,071 tonnes from 91,171 tonnes the previous year. The export of the shrimp recorded a growth of 92 per cent in quantity terms and 173 per cent in dollar terms in the last financial year, according to A J Tharakan, president of Seafood Exporters Association of India.

Experts said that the main reason for the quantum leap of Vannamei in India was the ease with which domestication could be done to eliminate all possible viruses; give farmers selective pathogen free (SPF) broodstock that could cater for the needs of the world markets.