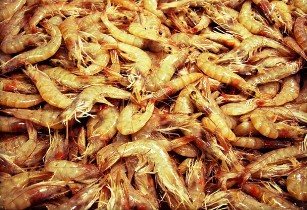 Vietnam shrimp exports to EU has reached US$112mn in Q1 2014, a marked 97.9 per cent increase since the same period last year

The growth was seen in exports to five single markets in the block — Germany, Belgium, France, the UK and the Netherlands.

In the second half of 2013, shrimp demand from EU has improved after more than one year of deep decline due to regional economic recession. Vietnam shrimp exports to the market in the period started to increase to US$409.47mn, up 31.3 per cent year on year.

In Q1 2014, the five EU nations took the lead in importing shrimp from Vietnam, making up 83.5 per cent of Vietnam’s total shrimp exports to EU. Exports to Germany was up by 93.7 per cent, Belgium by 197.4 per cent and France by 125.6 per cent in the same quarter.

According to Vietnam Association of Seafood Exporters and Producers (VASEP), in 2014, EU will be an attractive destination for Vietnam shrimp exporters because exports to other major markets like the US and Japan may see instability. The expected growth in shrimp exports to EU this year is boosted by regional economic recovery and increase in Vietnam’s raw shrimp supply, especially whiteleg shrimp which is increasingly favoured in EU market.