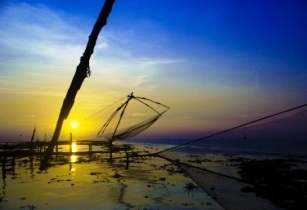 According to the Ministry of Agriculture and Rural Development (MARD), the provinces are choosing experienced consultants to design centres, which cover high-tech fishing ports. In the future, these fishing ports can be expanded into international fishing ports which can meet criteria for seafood imports and exports.

Until 2015, MARD will call for investments in building national fisheries logistic centres in the Central Coast based on traditional fishing ground in Paracel and Spratley Islands. The region has over 46,000 fishing boats and 200,000 workers in fishery sector with 132 seafood processors under industrial scale.

Seafood export turnover in the Central Coast in 2013 hit nearly US$700 million. However, almost fishing boats in the locality has small capacity, post-harvest preservation was limited, local workers in the sector are not well trained, the Ministry added.

The capital for building the centres will come partly from state budget and the others from enterprises’ contribution.