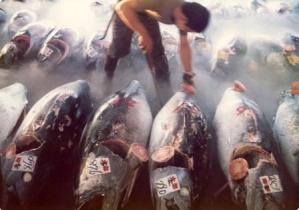 Vietnamese exports of tuna to Portugal rose by 419 per cent in the first five months of this year, reaching more than US$4mn

This has made one of ’s 10 largest tuna importers while has become the second largest tuna exporter to after , according to the Viet Nam Association of Seafood Exporters and Producers (VASEP).

In the period, imported more than US$2.5mn worth of tuna fillet from , up over 941 per cent over the same period last year and 1.4 times higher than the 2012 figure.

also recorded a strong surge in exports of fresh and frozen tuna products to in the period, bringing in more than US$924,000, up 67 per cent year-on-year.

is currently fourth among exporters of processed tuna products to with an export value of almost US$809,000.

It is forecast that the exports of ’s steamed tuna fillet to will continue to increase in the coming time.