Vietnamese tuna exports to China up 253 per cent 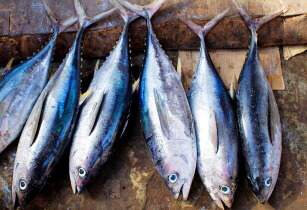 In the first three months of this year, Vietnam’s tuna exports to this market experienced a three-digit growth, while those to others posted a year-on year decrease.

Tuna imports from Vietnam in 2015 reached more than US$12.5mn, a year-on-year dive of nearly 20 per cent, reported VASEP.

However, in the early 2016, Vietnam’s tuna exports to China reported the strong growth. According to the statistics of Vietnam Customs, the tuna sales in Q1 2016 touched nearly US$7mn, up 253 per cent compared to US$2mn in Q1 2015.

In the early 2016, China increased imports of tuna fillets/loins from Vietnam on par with the same period last year. Exports of the items from Vietnam to China in Q1 2016 registered a year-on-year hike of more than 372 per cent, with nearly US$1.4mn.

A soar in Vietnam’s tuna exports to China was driven by difficulties in exports to major importing markets (the US, the EU and Japan) that made Vietnamese enterprises to shift to new and potential market of China. Besides, demand for tuna consumed in China and for producing and re-exporting to Europe by the local companies went up.

In the coming time, reports suggested that China remains as a promising market for Vietnam tuna.