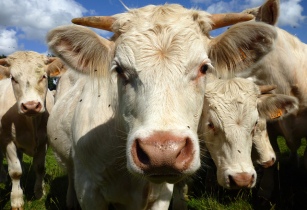 China has resumed importing US beef after a 14-year ban, fulfilling its pledge on the US-China 100-day action plan to boost bilateral economic ties

Shipments of eligible US beef has been allowed to enter China, the General Administration of Quality Supervision, Inspection and Quarantine, announced on its website this week.

The lifting of the beef embargo, announced last month, was one part of a bilateral agreement reached following Chinese President Xi Jinping's meeting with President Donald Trump in April.

China imposed a ban on beef imports from the US, then the largest supplier of imported beef to China, in 2003 following a case of mad-cow disease. This ban continued to be imposed for 14 years despite extensive efforts by the Bush and Obama administrations to revoke it.

The Chinese authority has published relevant quality and quarantine stipulations for the import, which states that the beef has to be produced from cattle less than 30 months old and must be traceable to the US birth farm or first place of residence or port of entry. The beef must also be sourced from cattle that were born, raised and slaughtered in the US or imported from Canada or Mexico before being slaughtered in the US. The quarantine authorities also stipulate that the cattle should not be the offspring of those that were suspected of having or confirmed to have mad cow disease.

All beef importers are required to be registered at the Certification and Accreditation Administration of China.

As part of the agreement, in exchange for China opening its borders to US beef, cooked Chinese poultry will be allowed to enter the US market.