China to control breeding of livestock and poultry 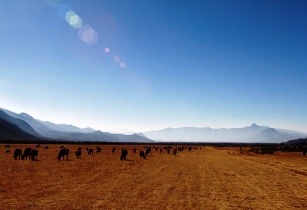 China will regulate breeding and raising of poultry and livestock in a move to bring down pollution levels in the countryside, according to the Ministry of Environmental Protection and Ministry of Agriculture

The regulation was signed by Premier Li Keqiang and would come into force on 1 January 2014, the statement added.

Ministry sources said that the deteriorating rural environment can be blamed on the expansion of poultry rearing factories. The level of decontamination of husbandry waste is currently low and this has led to wasted resources and environmental pollution, they added.

The regulation ordered municipal and county governments to make plans to store waste, treat sewage and to process manure and the methane produced from waste resources, under the regulation.

The regulation reportedly requires local authorities to provide incentives to centralise and standardise the development of farming.

It also ordered that untreated waste should not be released directly into the environment.