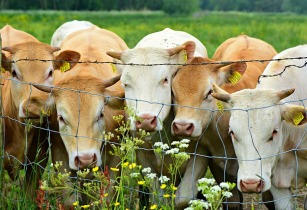 As reported in the Myanmar Times, the investment involves around US$37mn funds. A breeding facility is set to establish in Mahlaing Township, Mandalay Region, said the source.

With this, Kangrui Agriculture & Livestock Development Company will be the first Chinese outfit to invest in cattle breeding in Myanmar.

The source quoted U Thant Sin Lwin, acting director general of Directorate of Investment and Company Administration (DICA), who said that the cattle will be bred domestically and exported to China.

This is in line with the Ministry’s 2017 official permission to grant breeders to export Myanmar-bred cattle in order to control illegal exports.

According to the source, 261 companies applied for seeking export permits since late 2017. Out of them, 94 companies, which met requirements, have been selected.