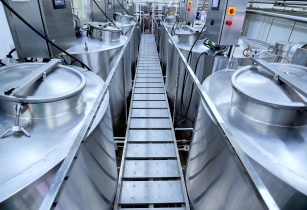 When completed, the plant will be the largest skim milk powder and dairy whitener plant in Asia. The company markets its milk and milk products under the Amul brand and its baby milk powder under the name of Amul Spray.

The plant, which will be installed on a turnkey basis by GEA, will process around 90,000 litres per hour of milk to produce multiple value-added products. AmulFed already has two milk powder plants in same location supplied by GEA. Together they make AmulFed the largest plant in Asia at a single location.

GEA said that the new plant will feature GEA’s most advance safety system and use hygienic architectural design principles to make it one of the most advanced built to date.