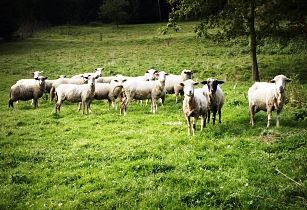 Livestock bred on a high-calorie diet are more climate-friendly and more profitable to farmers, a new Austrian study has found

The International Institute for Applied Systems Analysis (IIASA) who conducted the study also believes that a switch to such a diet would improve the global food supply, APA reported.

Agriculture currently accounts for about 12 per cent of global greenhouse gas emissions, in part from methane from animals released into the environment.

The IIASA believes these emissions could be reduced by about a quarter by 2030 if the pure grass diet of cattle is changed to include high-calorie additives such as corn meal, bran, corn silage and press cake. Lead author Petr Havlik said 21 per cent of ruminants globally are still fed a pure grass diet.

In addition to the environmental benefits, cows, sheep and goats also grow faster and produce more milk on a higher-energy diet. As such they could be kept on smaller pastures, the breeding would be cheaper, and the security of supply larger.