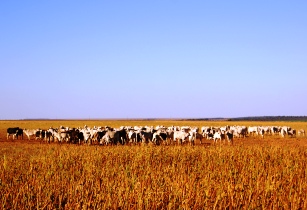 The International Livestock Research Institute (ILRI), along with other collaborators, has produced a new set of maps that will provide detailed information on livestock in the world

The maps — published in research journal PloS ONE — depict livestock population like pigs, cattle and poultry down to a kilometre, showing distribution and density of these animals.

For instance, the maps show that the population of pigs in China is 450mn, over seven times the size in the US.

Scientists, who assembled the data, aimed at providing a resource to be used by researchers in solving and analysing contemporary issues in livestock production and intensification.

According to ILRI, livestock is critical to the global economy and especially to over 766mn poor farmers in the developing world. Livestock also play a role in climate change and as reservoir of infectious disease.

The scientists said that the studies made possible from these maps will be critical in assessing the current and future role of livestock in different parts of the world — from the protein-saturated wealthy nations to protein-starved developing nations.

The maps can be updated through Livestock Geo-Wiki, a site maintained by collaborators at the International Institute for Applied Systems Analysis (IIASA).

Other collaborators in the development of the maps included the Food and Agriculture Organisation (FAO), Environmental Research Group Oxford (ERGO), University of Oxford and the Université Libre de Bruxelles (ULB).