Japan beef exports up in 2013, may reduce US import tariff 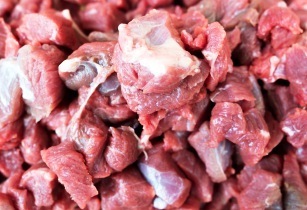 Japan has announced that its beef exports reached 909 tonnes in 2013, up 5.3 per cent from 2012, according to Ministry of Finance

The country is also looking to reduce tariffs on beef imported from the US in the Trans-Pacific Partnership (TPP) free trade talks, according to highly placed sources.

The Abe administration has been reluctant to cut tariffs on key farm products, including beef and pork, but it decided to offer the concession under strong pressure from the US to open up its agricultural sector.

The proposal to Washington on beef compares with Japan’s separate proposal to Australia to cut tariff on beef imports to around 30 per cent in negotiations for a separate free trade agreement.

Japan also hopes to obtain approval from the US by offering more favourable treatment on US beef than Australian beef.

Among goods categorised as five sensitive farm product groups, the Abe administration is seeking to retain tariffs on rice while increasing the amount of Japan’s imports from the US Duties on sugar will likely be retained, the sources said.

Meanwhile, a new record was set for US beef exports to Hong Kong, which doubled in volume and increased 142 per cent in value to $823.3mn in 2013. Hong Kong, China, Taiwan and Vietnam region is the fastest growing beef import region in the world, according to CattleFax.