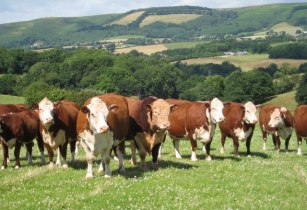 The UK and the Philippines have struck an export deal worth GDP£34mn (US$44.21mn) to put British steak on Philippine plates over the next five years

In addition to the wider agreement signed on 9 August, Northern Irish beef worth GDP£5.5mn (US$7.5mn) will be exported to the Philippines after the World Organisation for Animal Health formally endorsed Northern Ireland as an area of neglible risk for cattle disease BSE.

The announcement by the Department of Environment, Food and Rural Affairs (DEFRA) and the Agriculture and Horticulture Development Board (AHDB) of the UK was welcomed by Northern Ireland’s Chief Veterinary Officer, Robert Huey, who commented; “I am delighted that the Philippines has granted approval for Northern Ireland plants to export beef to their markets."

“This welcome step follows concerted efforts by DAERA’s Veterinary Service Animal Health Group over the past few years, working closely with DEFRA colleagues in London and Manila to negotiate approval, and with the industry in Northern Ireland – which hosted inward inspection visits by Filipino veterinary officials.”

Farming UK reported on the event, stating that the Philippines is the largest food and drink market in south east Asia with meat consumption expected to grow by ten per cent over the next five years.