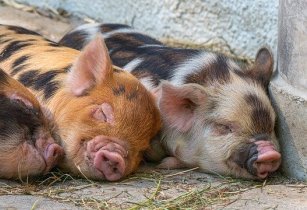 The World Organisation of Animal Health (OIE) has confirmed the ASF-free status in all suidae of Belgium, which had been removed since September 2018 due to the outbreak of ASF in the wild boar population

Before the OIE publication, Belgium’s FASFC (Federal Agency for the Safety of the Food Chain) provided the OIE with all the necessary data which showed that Belgium had been ASF-free for more than one year: a necessary condition for claiming the status of being ASF-free. Throughout this entire period, Belgium has managed to keep its domestic herd of pigs free of ASF.

From the start of the outbreak in September 2018, Belgium’s strategy was to eradicate ASF (African Swine Fever) in the wild boar population. A wide range of measures and actions have been taken. Fencing, forests closed to the public, intensive research and destruction programmes, hunting and trapping have all proved to be key success factors in achieving this goal.

In just one year, no new positive cases were detected. In total 5,422 wild boars were examined for ASF, of which 833 were confirmed positive for ASF. The last positive case confirmed on a fresh wild boar carcass dates from 11 August 2019.

Belgium is one of Europe’s major pork producers, exporting more than two-thirds of its pork production. To protect this important sector, it was crucial to prevent the disease from infecting the domestic herd.

On top of the comprehensive bio-security rules that were already in place, extra measures were implemented. This means, amongst other things, that every sick pig must be tested for ASF, regardless of the symptoms. To date, the number of samplings, all negative, amounts to more than 22,000 and still counting.

Despite the regained ASF-free status, Belgium will keep monitoring for animal diseases in the future, both in the domestic herd as well as in the wild population. The surveillance and control measures remain in force for the time being.

The OIE publication follows the decision by the European Commission on 20 November 2020 to abolish the regulated zones that were put in place after the outbreak of the virus in wild boar.

Over the last few decades, Belgium has exported pork to more than 70 countries. As Belgium communicates transparently with its trading partners worldwide, importing countries will soon be provided with all information necessary to allow trade to resume.