BPI partners with PIC to modernise pig farms in the Philippines

Ayala-led Bank of the Philippine Islands (BPI) has partnered with PIC, the local unit of British-based animal genetics company Genus plc, to promote cutting-edge pig farming in the Philippines 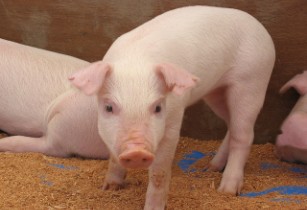 The partnership aims to develop a state-of-the-art approach to pig farming in the country. (Image source: kagawa_ymg/Flickr)

The deal is an extension of an earlier partnership signed by both the companies in 2013. The new deal focuses on extending the partnership for another five years.

According to Philippine Daily Inquirer, the partnership aims to achieve the UN sustainable development goals including eradicating hunger and promoting the use of biogas facilities that convert farm waste to energy alongside climate-controlled and resilient farms.

In a statement to the source, Cezar Consing, president of BPI, said that a number of livestock diseases come from backyard producers. With agricultural land getting converted to real estate and commercial areas, the producers need to raise the standards and the output, Consing further added.

“We live in a country where there’s hunger. If we can help farmers to be very efficient because their pig farms will be done the right way and they will be climate-resilient, then they will be using clean and affordable energy at the same time,” Consing said to the source.

According to Vincent Borromeo, general manager at PIC, the company aims to use better technology to make pig farming more profitable, which, in turn, make farmers more money from livestock.

“The way the economy is moving, we expect demand for pork to grow significantly because people will be able to afford more and there will be more demand for better quality pork. With this tie-up with BPI, we can better address those needs of farmers,” said Borromeo to the source.