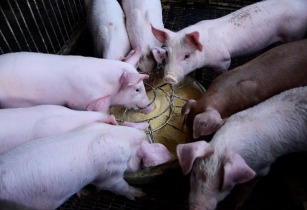 The China animal feed market is expected to grow at a compound annual growth rate of 4.06% for 2020-2025, according to ResearchAndMarkets’ analysis

Concerning livestock farming, hog and sow inventory are both starting at low levels, having fallen 27% and 30% respectively from 2019’s starting inventory. Due to the robust restocking efforts in 2020 and fewer losses to African swine fever, the decline in herd inventory is estimated to reverse, and year-end 2020 inventories are forecast to grow by 9%. Total hogs slaughtered and pork production in 2020 is both estimated to decrease further by 24% and 20%, respectively, from the previous year.

High prices will incentivise many Chinese consumers to opt for other substitute sources of proteins. Even though traditional Chinese dishes cannot substitute beef for pork, thinly sliced beef that is well renowned for hotpot will likely witness high growth in 2020. In 2019, China’s Ministry of Agriculture and Rural Affairs (MARA) implemented a three-year mission plan for stabilising swine production and supply. One of the fundamental principals of this plan is to set specific production targets on a per-province level. Specific targets of slaughtered hogs to be shipped out in 2020 were set for top wine-producing provinces including Henan, Jiangxi, Hunan and Shandong while the hog production targets are also set for hog intake provinces/municipalities.

Large companies are encouraged to assist small to medium swine farms resume operation. By the end of 2019, MARA had implemented a programme called Large Agricultural Enterprises Lead 10,000 Households on Swine Farming to Alleviate Poverty in 16 less developed cities in provinces including Hubei and Sichuan. With an investment of US$7.1bn (RMB50 billion) by 15 large agricultural enterprises, the programme is expected to add 22 million slaughtered hogs per year (Source: USDA). Therefore, with no signs of a decrease in consumption patterns and proactive government initiatives animal feed market of China is poised for a meteoric rise to satiate the incremental consumption pattern of the Chinese consumers.

Further, another aspect of the livestock farming that is poised throttle the growth of China animal feed sector is the longer lifecycle of beef production, the overall cattle inventory will remain stable and is expected to grow with government stimulus, relaxation of environmental standards, and higher profits will possibly incentivise some larger operations to invest in long-term expansion. It is also estimated that domestic beef production will increase to 7 MMT. China’s cattle herd inventory will increase by 2% to 91 million in 2020. It should be noted that sustained demand growth for beef in China has led to several years of high prices and strong profits for the Chinese beef industry.

Pork shortages have in a way catapulted the beef consumption a new level and it is rising. Further, net profits for raising beef cattle were about 2,000 RMB in 2019, up more than 20% over 2018. The government has also promised to grant subsidies of RMB250, 000 to 500,000 to farms that slaughter 500 or more head of beef cattle or breed more than 50 head of cows in 2020. Environmental protection policies on livestock breeding were relaxed in 2019 to encourage increased production, accelerating ongoing expansion within the large-scale beef cattle sector (Source: USDA).

For more information about this report, visit www.researchandmarkets.com/r/lf9ruy