China pork production to drop 25 per cent in 2019: Rabobank 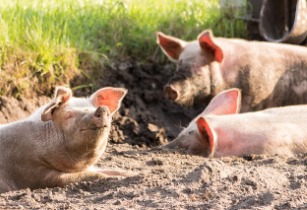 As the African Swine Fever (ASF) continues to spread, disrupting production and changing trade flows, pig and pork meat prices have reached record levels in China, signalling further change ahead, according to Rabobank

According to Rabobank, the Chinese pig herd is forecast to decrease by around 50 per cent and production to drop 25 per cent in 2019. In 2020, the sector is estimated to face further production losses of 10-15 per cent.

Rabobank noted that sizable breeding herd losses will delay the Chinese pork industry’s recovery. Rebuilding efforts may be complicated by the risk of recontamination, despite available financial resources, stated Rabobank.

As China dominates the global swine sector, the production downfall is set to hit the international market. Besides given the Sino-US friction on tariffs is restricting the current trade.

Responding to the country’s ongoing battle with the ASF, the Ministry of Agriculture and Rural Affairs has warned farmers against using any illegal experimental vaccines. Referring to the ‘market talk’ about pilot vaccines, the Ministry noted that no clinical trials have been approved for any pilot vaccination.

China’s feed producer New Hope Liuhe, the agribusiness subsidiary of New Hope Group, has constructed a pig farm in Vietnam, with an aim to drive potential demand growth in the regional Asian market.

The pig farm in the Binh Phuoc province is set to produce 300,000 pigs annually. The farm is set to start getting pigs in November and eventually have an inventory of 13,500 Hypor-breed sows produced by Holland’s Hendrix Genetics.