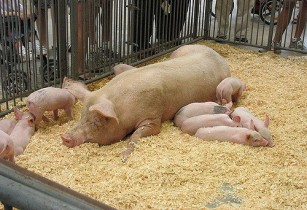 As the development of China’s economy and the improvement of living standards, the pork consumption in China is rising, with the import volume of pork and pig offal expecting to grow from 2019-2023, according to the analysis of Research and Markets, a global market research farm

The Chinese government has strict inspection and quarantine policies on the import of pork products. In November 2018, about 16 countries or regions including the US, Canada, Brazil, Chile and Mexico were allowed to export pork products to China.

According to this analysis, China’s annual pork consumption is around 55mn tonnes and is growing slowly in recent years. In 2017, the pork imports were less than three per cent of the pork consumption.

Rising pig breeding costs and stricter environmental policies have forced many small and medium-sized pig farms to close down, and swine fever occurs frequently. These factors discourage the growth of pork output in China. It is expected that from 2019 to 2023, the import volume of pork and pig offal in China will continue to rise, and China’s pork market will receive attention from the pig farmers and pork traders all over the world.