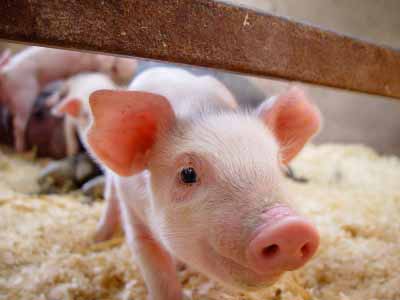 The strategic and innovative encapsulation process is a new benefit which enables essential oils to have a longer shelf life by protecting from environmental impacts, partly masking strong odor whilst maintaining key features of enhancement of palatability, stability in ration, improved digestion and, consequently, better performance.

Since ancient times, medicinal plants have been used to treat humans and livestock. The preparations made from plants were either from raw materials (leaves, roots or branches) or processed (cooked or boiled). Most likely, natural medicine has been evaluated in two directions; the first is based on observing animals’ self-medication, whereas the second is associated with human folk medicine. Nowadays the industrialised medicaments may also be plant derivatives.
After decades of intensive growth promoter application, the resistance of important pathogens of farm animals to drugs has to be considered a serious threat to the profitability and consequently sustainability of animal production systems worldwide. Besides the growing problem of drug resistance amongst diseases, consumer concerns in regard to the use of chemicals in agriculture and residues in food items are also contributing to the increasing requirement for alternative measures to the exclusive use of growth promoters. The rapid growth of the popularity of organic farming can also be considered another major driving factor for the increased necessity of alternative control measures. Among the alternatives, plant extracts and essential oils also called phytogenics, have received greater attention in recent years (Table 1).
Phytogenics are plant derivate products used as additive in animal feed; Table 1 shows briefly the timeline of plant derivates used on animal feed.
Returning back to what nature has so ideally provided, the studies of Amorozo (2002) indicated that there is a growing academic interest on natural pharmacopoeia which was enlarged after its’ ascertainment developed over centuries, moreover nowadays having scientific proof to completely enable the usage in the industrialized society.
The mode of action of phytogenics to achieve better performance is not completely clear but according to Ultee et al (2002) and Xu et al (2008) essential oils have the ability to disrupt cytoplasm membrane of pathogens. Moreover, antibacterial activity occurs in reason of active substances of essential oils which might cross the cell membrane and interact or disrupt intracellular structures (Cristani et al. 2007). The best assumption for the performance enhancer effects is due to its antibacterial properties as mentioned above, where the reduction of pathogens within the intestines will promote less nutrient competition and consequently increasing more nutrient availability for animal utilization and also preventing of intestinal diseases.
In animals, the beneficial effects of essential oils supplementation include an increase of production and secretion of endogenous digestive enzymes; modulation of the immune system; antibacterial, antifungal, and antiviral activity; and decreased mortality (Cowan 1999, Çabuk et al., 2006).
Under different storage conditions and environmental variations, natural products can degrade rapidly when compared to chemotherapics. The aim of this article is to give an overview about a new technology developed by BIOMIN to protect phytogenic products and their benefits towards animal production and performance.

The feature and its benefits
Microencapsulation is a procedure where a liquid, gaseous or solid substance is packed by a tiny millimetric capsule. In other words it is a technology of protecting a certain substance (core) into a sealed (coated, walled or shelled) capsule. The encapsulation process was discovered accidentally in the 1950s when Barret Green of the National Cash Register Company attempted to create a carbonless copy paper that would provide multiple copies.
The pharmaceutical industry later improved the encapsulation methods to safeguard, control the release and target the delivery of medicaments. The improvements developed allow choosing the location where the drug needs to be applied and, moreover, release it at gradual or continuous rates in response to a variety of triggers. Following this tendency, the food industry emphasized on the microencapsulation of flavours to concentrate and prevent flavour losses during processing. It also established constant research to evaluate new materials and methods of encapsulation to avoid degradative reactions followed by loss of feed quality. Moreover, ongoing research has been reducing the capsule size to “nano” to improve its efficiency.
Encapsulation also facilitates to aggregate incompatible substances in a formulation. This can be as forthright as formulating lipophilic ingredients into clear aqueous systems.
Phytogenic compounds such as essential oils (EO) are sensitive substances which have a tendency to lose their efficacy and efficiency in reason of quality mitigation due to their susceptibility to high temperatures, dusty inclination and remarkable odour, oxidative and volatile properties. In the course of ongoing research and innovation, BIOMIN “trapped” its phytogenic feed additive into a capsule by a modern matrix-encapsulation process to obtain all the benefits shown by previous encapsulation techniques, also avoiding ingredient losses during feed processing (pelletization or extrusion) and storage.
The carrier is a blend of carbohydrates which are processed in a double screwed/co-rotating extruder to form the matrix capsule. The process exceeds temperatures above 100° C for a couple of seconds when the essential oils are sprayed into the matrix and sequenced by the die to cutting and forming the matrix-encapsulated P.E.P. product.
This contemporary method of encapsulating essential oils ensures uniform capsules with a well-defined diameter to enhance the ingredient bioavailability and efficacy. This approach of encapsulating essential oils led to the new generation of phytogenic feed additives, named Biomin P.E.P. MGE. This new innovation was developed to overcome two major technical issues with powdered essential oil additives: stability and odour. Furthermore, in contrast to conventional wax or fat coated products, the active ingredients are evenly distributed in a matrix and continuously released in the digestive tract.