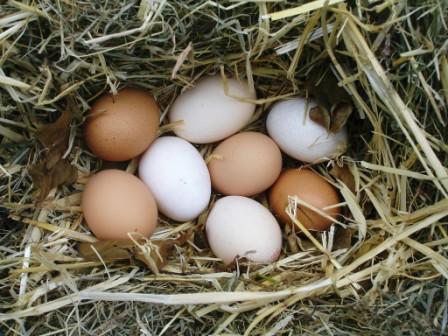 Advances in poultry breeding have provided egg producers with unprecedented increases in egg yield and quality alongside the more cost-effective use of poultry feed.

Egg producers around the world have achieved an average improvement of 3.6 more eggs per hen housed with 26 g less feed needed to produce 1 kg of eggs per generation over the last 25 years. So far so good, but can layer breeders maintain the current rate of improvement over the coming years. That is the question asked by Dr Jesus Arango, Statistical Geneticist at Hy-Line International, which claims top spot in the industry through pushing the frontiers of genetics to produce the world’s best laying stock.
The wide variation in poultry feed intake throughout the world, and even between different regions of the same country, is expected given the correspondingly wide variation in type and volume of poultry feed ingredients available to egg producers. However, feed intake may also vary according to management practice and environmental conditions, including prevailing climate and the type of housing as well as feeding practices used. Be that as it may, cost of feed will always account for the biggest proportion of total egg production costs. In general it ranges from 50-60 per cent depending on the region and the production system used.
Feed and feeding focus
The Hy-Line International focus is on feed intake and feed efficiency to ensure that selection for improved feed efficiency is achieved for each generation of commercial chicks placed in the field. In addition, it ensures that improvements in performance and feed efficiency lead to better profitability for commercial producers without any negative effects on the birds or environment, according to Jesus Arango.
Hy-Line International’s ultimate goal is the production of more efficient birds in each generation and to ensure they adapt and grow well, and are healthy and perform at an optimal level without consuming excess feed. Such an approach requires various traits that are considered simultaneously during the selection programme. They are:
Survivability: Birds need to have a good survivability and adaptability to different environments, management practices and market demands. These traits are determined by measuring mortality during both grow and lay (early and late).
Production output:  Production output can be the number of marketable eggs or the egg mass (weight), depending on the market and production system.  Measurement of this trait is a complex process because it includes the assessment of several related components. These components include sexual maturity (age to onset of production), peak of production and persistency of production. Persistency includes post moult production in systems that incorporate more than one laying cycle.
Internal and external egg quality:  Many traits are used to assess the integrity and value of the egg including shell colour and weight as well as the relative amount and quality of internal components which are the egg albumen and yolk. More than one dozen internal and external potential defects are measured and utilized for selection.
Feed Efficiency (feed intake and utilization):  This is an important component of biological efficiency which is measured using different statistical models that take into account egg mass, body weight and feed intake.

Programme implementation
Three different types of data are required for practical implementation of the programme:
Pedigree data: Pedigree data includes the records of pure-line females kept under highly controlled and biosecure environments and housed in individual cages at Hy-Line International’s elite stock research farms.
Field test data:  Field test data are records of half-sisters placed in groups in the field under commercial conditions in six study focus countries. The field tests used samples of a wide variety of climates, housing and management practices, feeding regimes, disease challenges and market preferences and constraints.
Molecular DNA data: Molecular DNA data is gleaned from genes (with known effect) or markers linked to economic traits of interest.  This data is incorporated into the selection programme by using gene or marker assisted selection or by whole genome selection, depending on the number of markers and the traits targeted for selection in different populations.
Utilization of these different types of data ensures that each sire which generates breeding stock for the production of future commercial layers is selected on the basis of progeny performance in both optimal environments and challenging ones. This in turn guarantees overall selection for robustness.
The implementation of such a programme means that genetic values can be predicted for all selection candidates, both males and females. Hy-Line International utilizes pedigree and phenotypic information from multiple generations by means of a statistical methodology known as “Animal Mixed Model”. Predicted breeding values (BLUP values) are calculated for all traits. These BLUP values are then combined in an optimal way using a selection index which accounts for phenotypic and genetic correlations among traits.
Finally, inclusion of molecular information in the selection process provides flexibility by identifying regions of the genome associated with individual traits thus allowing customised improvement of these traits in elite populations as required.
Hy-Line International’s ultimate goal is to attain balanced, albeit slow, and steady progress in all the economically important characteristics.  Using such an approach over the last 25 years has resulted in 0.2 per cent enhanced liveability, 3.6 more eggs per hen housed, and 26g less feed needed to produce a kg of eggs per generation. These are average figures.

Quiet confidence
Hy-Line International’s products include:
Hy-Line W-36: Efficient and high performing to put more eggs in the carton
Hy-Line Brown: A prolific producer and hardy layer yielding rich brown eggs
Hy-Line W-98: Shows early maturity and produces a large egg mass with outstanding numbers of individual eggs.
Hy-Line Silver Brown: A Prolific Producer of medium sized rich brown eggs. Has a heavier mature body weight
Hy-Line Gray: A prolific producer of light tinted eggs and a hardy layer
“This layer breeder company is clearly confident. With the current level of genetic variation within its pure line populations; the continual improvement of its evaluation programme and the new ways in which it is incorporating molecular information into the selection process, we are confident of maintaining these rates of improvement in the key economic traits over future years,” said Jesus Arango at Hy-Line International.
The company says it is investing heavily in the modern tools of genetics now becoming available to scientific research and development. The chicken genome is being studied by Hy-Line molecular biologists in order to mark and use genes of economic significance. These studies have the potential to yield real genetic breakthroughs in future poultry performance. The company claims to be the only layer breeding company in the world to have its own molecular biology laboratory.
Hy-Line International says its dedication to genetic excellence over this period spanning a quarter of a century has produced revolutionary breakthroughs in the science of poultry breeding which have benefited global egg production and broader still helped to feed the world’s burgeoning human population.