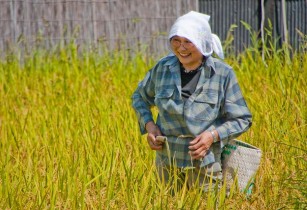 African countries have the opportunity to tap into Japan's knowledge of smart technologies, agricultural machinery and marketing, according to FAO director-general Qu Dongyu

Dongyu made the remarks at a NEPAD-JICA event focused on improving nutrition across Africa through the Initiative for Food and Nutrition Security in Africa (IFNA).

According to Qu, Africa can gain knowledge from the East Asian nation’s high food safety and nutrition standards and culture of healthy foods and diets.

The director-general expressed appreciation for the fruitful FAO-Japan collaboration in Africa, which has led to the development of efficient and inclusive rice value chains, a better measurement of food loss and waste among food industries and the strengthening of small and medium enterprises.

The director-general's participation at the event is part of a week-long visit to Japan - his first trip abroad since taking the helm of the UN agency on 1 August 2019.

Speaking to African heads of states, agriculture ministers and representatives of the Japanese government, the Director-General made a strong case for the need to step up hunger-fighting actions in Africa.

According to the latest data, hunger is on the rise in almost all African sub-regions making Africa the region with the highest prevalence of undernourishment.