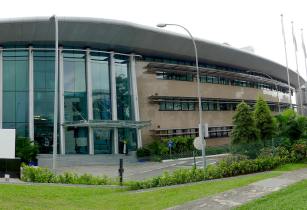 The facility is expected to bringing together a pilot plant featuring Bühler extrusion and processing equipment and a kitchen and flavor laboratory by Givaudan. The plant will be supported by experts from the two companies.

“The projected population of 10 billion people by 2050 is a challenge too big to be solved alone,” explained Ian Roberts, chief technical officer of Bühler.

“Companies are increasingly aware of the urgent need to collaborate to make an impact on the climate and nutrition challenges of this century. Universities, start-ups and companies need to come together to innovate and find more sustainable ways to produce food. This is what this innovation centre is all about.”

Bühler’s equipment and processing expertise combined with Givaudan’s flavour, taste, ingredient and product development expertise aims to create a unique offering and synergy that will be greatly advantageous to those developing new products, particularly when using wet or dry extrusion.

“We see a lot of market potential for plant-based products in the coming years in Asia, in particular, the alternative meat sector. Our combined expertise in the development and manufacture of plant-based foods will allow for new ranges that cater to Asia tastes, texture expectations and cooking techniques,” said Fabio Campanile, head of science and technology at Givaudan.

Full facility opening is planned for the Q4 2020

The innovation centre is under construction at Givaudan Woodlands site in Singapore. The project will be highlighted later this year at a Protein Pavilion during Future Food Asia, from 2-3 June in Singapore. Companies, start-ups, and universities willing to experiment at the innovation centre are invited to get in touch with Bühler and Givaudan’s local Singapore offices to enquire for availabilities.