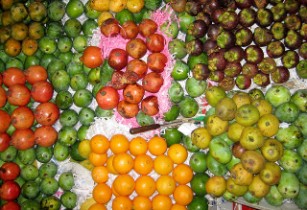 The aim of this South-South Cooperation project is to help Sri Lanka boost the production and commercialization of fruit crops among the value chain actors in the country.

Daniel Gustafson, deputy director-general (programmes) of FAO, Niu Dun, ambassador and permanent representative of China to FAO and K.D.S. Ruwanchandra, secretary of the Ministry of Agriculture of Sri Lanka, attended the ceremony and signed the agreements on behalf of the organisation and their governments respectively.

FAO’s South-South Cooperation initiatives help developing countries share and transfer agricultural knowledge and expertise among themselves so that innovation and good practices that have been tested elsewhere in the global South can benefit other countries facing similar challenges.

Sri Lanka is the second country in Asia (after Mongolia) to be funded through the FAO-China South-South Cooperation Programme. The new project, worth more than US$1.1mn, will mainly focus on the increase of fruit production and trade in and out of the country, contributing to FAO’s Strategic Objectives and to the Country Programming Framework for Sri Lanka.

Sri Lanka has had strong economic growth since the end of its 30-year civil war, but the challenges remain critical. Poor cultivation and high post-harvest losses lead to low yield and inadequate adherence to international food safety standards. The project will include practical field-based capacity building through various implementation approaches. During the two years of the project, eight experts and six technicians will be fielded to offer technical guidance to local communities, transfer practical and advanced technologies and organise training courses. Priority areas will also include rising up the value chain of target fruit crops and helping develop domestic and export market to increase farmers’ income.

Widely regarded as a successful practice, South-South Cooperation between FAO, China and Sri Lanka will enable the effective exchange of expertise while boosting national food security and small-scale farmer livelihoods in South Asia.