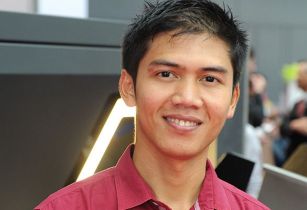 Headed by Pebri Patekawa, service and maintenance manager, the new facility is expected to provide repair and maintenance services including access to a full range of spare parts for rapid delivery.

This is the fourth new Pas Reform service centre to open in Asia in less than two years. In Asia, the company has service centres in India, headed by Rajesh Rosia; Malaysia, headed by Yew Wei; and Sri Lanka, with the recent appointment of Kalinga Nandadasa.

“It will strengthen our existing support network in Asia and provide an enhanced, localised level of commitment to the Indonesian hatchery sector,” Kanters added.

The new service and support centre aims to provide customers with comprehensive support for all Pas Reform products. It will have the full backing of Pas Reform in The Netherlands including regular consultation visits by the company’s hatchery specialists and access to Pas Reform Academy training for hatchery staff.