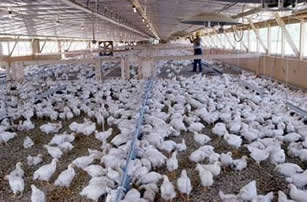 Biowish Technologies, makers of BiOWiSH™—a proprietary technology that accelerates enzymatic bio-chemical reactions up to thousands of times faster than their normal rate— has successfully reduced ammonia emissions by up to 70 per cent based on results of trials conducted on poultry farms in Asia, Australia and the US.

A number of major poultry integrators have recently adopted the breakthrough technology as an environmentally friendly solution to reduce potentially harmful ammonia emissions. Several operations have seen reductions of up to 70 per cent in just five days and further abatement throughout the production cycle.
Biowish Technologies Senior Executive Vice President Ian Smith, said, “BiOWiSH™ provides an effective, efficient and natural solution to a problem that has plagued the livestock industry for decades. High ammonia levels in poultry barns can result in poor animal productivity and health and a loss of profits to the grower and integrator.”
“Not only is BiOWiSH extremely effective in reducing ammonia, it significantly reduces odor, does not require heating of barns at application, increases the average temperature of litter and has excellent longevity of action unlike alternative products,” he said.
A result of over 18 years of research and development, BiOWiSH™ is a powerful biocatalyst made up of a proprietary blend of enzymes, cofactors and nutrients that accelerates the breakdown of all non-living organic matter into its final inert compounds. It is natural, non-toxic and free of harmful chemicals, according to the company.
Delivered in active microbial form, BiOWiSH™ has been adapted for use in a wide range of agricultural products including odor and emissions control, wastewater treatment, as well as manure and carcass composting.
BiOWiSH™ has been used extensively by farms in Asia and Australia for several years and is now available in North America and Latin America.